Amitabh Bachchan is called Big B in the Bollywood film industry. He is an Indian Actor who works in all Industries. Born on 11 October 1942 in Allahabad, His original name was Inquilaab Srivastava and entered the film industry in the year of 1969. At the beginning he struggled a lot, Zangeer was the film which made him popular, The movie was directed by Javid Akhtar, and Salim Khan was the screenwriter. This movie was considered as the starting point of the Amitabh’s career. Here at this place, we will provide the details about Amitabh Bachchan biography, age, movies and many more. 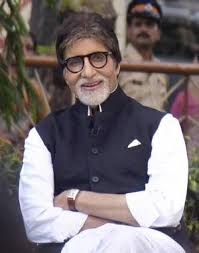 Amitabh Bachchan is the film Actor, Producer, Playback Singer, Television Host, and former Politician, he is more popular in angry young man onscreen, People call him “Shahanshah” That means the greatest actor of the century, he has appeared more than 190 Indian films career spanning almost five decades, Amitabh has the greatest and influenced actors in Indian films, as well as world movies, In the 1980s one French director, call him “One Man Industry” he also large overseas marketing in World Wide like Russia, South Africa, Egypt , United Kingdom and United States of America.

He has won many Awards as a Best actor, National film awards, International film awards, and award ceremonies and Film fare awards, He won 15 film fare awards in the major categories, 41 nominees, The Government  of India honored as a Padma Shri 1984, Padma Bhushan in 2001 and Padma Vibhushan in 2015 for his contribution in the film of arts, Amitabh appearance in Hollywood film The Greatest Gatsby in the year of 2013.

One of the most Popular actors in India Amitabh Bachchan is a Film Actor, Producer, Television Hosts and he adds her voice so many advertisements.  Amitabh Bachchan is popular in Worldwide and receiving affection in different places people in the world. He is referred to media is called a Big B of Bollywood.

Amitabh Bachchan Biography. he Born in Allahabad, and his father came from village Babupatti, in the Raniganj Tehsil, Pratap Garh district in the present state of Uttar Pradesh, in India. his Mother name Teji Bachchan is a social activist, and Punjab Sikh women from Lahore, his father Harivansh Rai Bachchan was a Kavasthya Hindu Poet, his fluent speaking in Hindustani and Urdu.

Amitab born time name is Inquilab Shrivastava, and he has an alumnus Sherwood college, Nainital, he later attended Kirori Mal College in University of Delhi,  he has a younger brother Ajithabh, Bachchan’s father died in 2003 and his mother died in 2007.

Amitabh Bachchan married an Actress Jaya Bhaduri, she is also a Hindi film actress in that time.

He married Jaya Bhaduri in the year of 1973. This couple had a son and a daughter named Abhishek Bachchan and Swetha Bachchan respectively.

Amitabh was the true inspiration of many people. He got rejected for his voice and his acting at the starting of his career. Later on, he moved and overcame all of these problems and made things comfortable. We are listing some of the movies of Bachchan which are famous in his career.

You can stay connected with Amitabh Bachchan’s Facebook Page. Get the latest news from your star directly on your feed on Facebook. Link to Amitabh’s profile –

Instagram is growing with very good speed and soon will be the most used social media in the world. You can stay connected with Amitabh on his private profile. Link to Amitabh Bachchan’s Instagram Account.