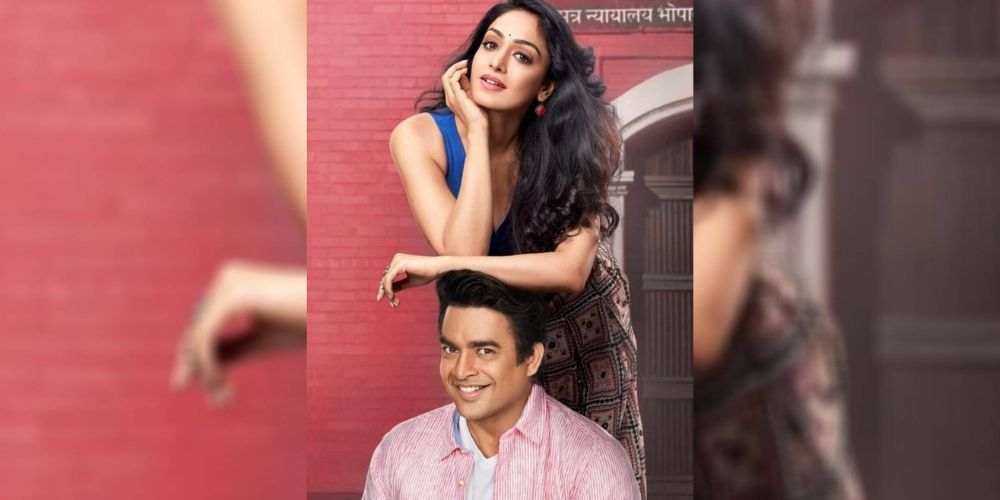 Dahi Cheeni Movie is an upcoming comedy action drama film. The film is produced by Bhushan Kumar through T-Series Films while the movie is written and directed by Ashwin Neal Mani. The movie stars R. Madhavan, Khushali Kumar playing lead roles, and Vijay Raaz, Sumeet Vyas giving supporting characters in the film. It was the first combination of R. Madhavan and Khushali Kumar. The film has officially announcing to release on October 6th, so watch and enjoy the movie.

The first look poster of the Dahi Cheeni movie representing the Madhavan and Khushali Kumar.  Both are coming up with a different style of still while Madhavan giving a cute smile and looking very handsome and Khushali Kumar wearing a saree and she is very beautiful in the poster. Madhavan fans also giving good feedback about the poster.

The film is based on the problems that societies across the world face today and It is a true story. In the film Dahi Cheeni, Khushali Kumar will appear in a romantic pair with actor Madhavan. Khushali Kumar plays a lawyer in the court and it is also a love story type film with comedy.

Madhavan fans are eagerly waiting for the Latest Dahi Cheeni movie trailer. After seeing the first look poster audience was very anxious but the movie trailer was not released yet. Once released the trailer we are updating here so follow our website and enjoy upcoming movie updates here.

So grateful to be given an opportunity to be a part of #DahiCheeni 🙏! Couldn’t have asked for a better co-star for my debut film. Can’t wait to learn so much more from you @ActorMadhavan pic.twitter.com/t4KCw88cjp